​Why not arrange a custom tour choosing your dates and destinations?

WHAT OTHERS ARE SAYING
​

"I spent 12 days birding with Andrew in Morocco and the Western Sahara and 2 days in Southern Spain. In those two weeks we travelled over 6,000 km (from Gibraltar down to to Aousserd, the southeastern deserts and the High Atlas) in search of some of the rarest and most sought after birds in the Western Palearctic region. Due to Andrew's expertise and knowledge of the area we were able to connect with all of my target species, even those that can be very difficult to track down. In those two weeks we took thousands of great photos of these birds. All in all an extremely successful and memorable trip thanks to Andrew Fortuna!
Stavros Christodoulides  29th May 2016
READ MORE REVIEWS ON TRIPADVISER! 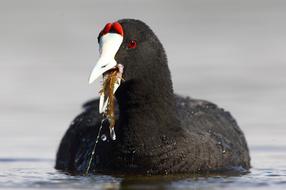 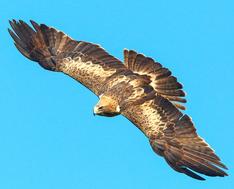 We have some amazing birding at all times of the year, as well as relaxed nature walks for small groups and families, suitable for kids, as well as trekking tours for the more adventurous and more fitness-orientated birders / walkers suitable for all fitness levels.

A 4 night birding / nature tour including a 2 night stay at one of Europe's most important wetlands, Dońana National Park, taking us south towards the Strait of Gibraltar with some amazing views of migrating raptors and landscpaes.

Perhaps our most requested tour, a 6 night trip encompassing some of the best birding locations in the iberian peninsula, such as  Extremadura, Monfrague National park, Dońana national Park and the Strait of Gibraltar for some amazing raptor passage.
MORE 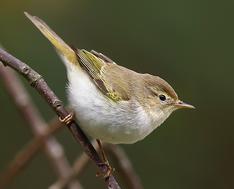 We know how precious your holidays are and want only the very best for each of our tourists. We pride ourselves on crafting custom tours to delight every type of traveler.​  Our excursions can be in groups or can be private tours for parties of any size.

CONTACT US FOR MORE INFO
Thank you for contacting us! If needed, you will hear back within 48-72 hours.

General info of our tours

How to get her?  Directly from the UK from the following airports; London Gatwick, Heathrow, Luton, Bristol, Birmingham, Manchester via Easyjet, British Airways & Monarch.

The primary habitat in Gibraltar is maquis, or dense Mediterranean scrub.  This is mostly made up of tall bushes that include wild olive, Mediterranean buckthorn, lentisc, Osyris, terebinth, and smaller bushes that include shrubby scorpion vetch, spiny broom, teline, wild jasmine, shrubby germander and felty germander.  The bay laurel, and the dwarf fan palm are also found in parts of the maquis.  Understory plants include the intermediate periwinkle, Butcher’s broom, Italian arum and Bear's breech. The firebreaks in the maquis are home to plants such as paper-white narcissus, common asphodel, giant Tangier fennel, wild gladiolus, Galactites and mallow bindweed.

Gibraltar offers soemthing particularly unique in the area, with its deep culture history and tax-free shopping opportunities for the visitor. The Rock offers great bird watching and raptor photography. 315 species of birds have been recorded, many of which are migratory. Gibraltar, at the head of the Strait, is a prominent headland, which accumulates migrants during the passage periods.

The vegetation on the Rock, unique in southern Iberia, provides a temporary home for many species of migratory birds that stop to rest and feed before continuing migration for their crossing over the desert and sea. 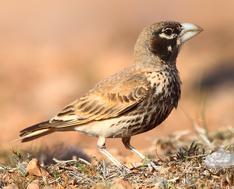 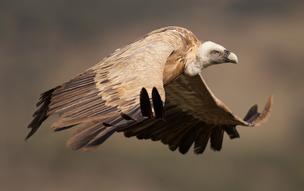 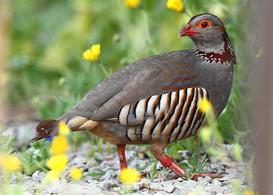 How to get her?  Depending on the tour, arriving could be via Gibraltar, or directly into Casablanca, Agadir or Marrakech.

We have conducted many successful trips to Morocco over the years.  Morocco is situated in the northwest corner of Africa, between c 21° and 36° N, and is basically an African country with a large Mediterranean region. Except for the extreme south that is part of the Sahara, rains fall mainly during the cool season (October - April) and the summers are hot and dry; drought prevails in the Saharan region throughout the year.

Friendly people, great scenery and bird specialities; Morocco is one of the favourite destination for birders in search of endangered or rare species such as Bald Ibis, Dark Chanting Goshawk, Tawny Eagle, Eleonora's Falcon, and African Marsh Owl, as well as other species such as Dupont's Lark, Moussier's Redstart, Desert Warbler, Black-crowned Tchagra, and Desert Sparrow.   The Country divides into a number of geo-physical regions, and this influences the birds that are found there.  Mountains, 5 ranges  Rif along the Mediterranean coast, the Central Plateau,  the Middle Atlas, the High Atlas & the Anti-Atlas.

Despite high human and animal pressure, forests of broad-leaved and coniferous trees are still widespread.   454 species have been recorded in Morocco and 209 regularly breed there. Most (c85%) breed north of the Atlas Mountains, because of the moister climate and more diversified habitat, so only about 35% breed in the Saharan region.

YOUR EXPERIENCE is Our focus

Weather you an avid birder, nature lover, walker or merely looking for something different. A great option for those already in the area and looking for a natural and healthy walk or guided tour of the area

How to get there?  Depending on the tour, arrival could be via direct UK flights to Gibraltar, Malaga, Jerez or Seville airports.

Doñana is the most important wetland in Western Europe. It is protected due its unique landscape and range of habitats and is an ideal environment for wildlife. It is home to 125 species of resident birds, but is also a major site for migratory birds, supporting a further 125 species.

EXTREMADURA considered one of the most important regions in Europe for birds and thus it is among the most prized destinations for birdwatching enthusiasts and nature lovers from all over the world, drawn by the possibility of observing birds in natural habitats of great beauty and also of enjoying the interesting cultural and historical heritage of Extremadura.

STRAIT OF GIBRALTAR This region represents one of the most important crossing points for diurnal bird of prey and stork migration, with very impressive movement seen at most times of the year, paritcularly the periods March - May and Late July- October.

However, winter is a very popular period with our customers, with very important wintering species including black-winged Kite, Spanish imperial eagle, Spotted and lesser-spotted eagles, Pallid harrier, as well as being one of the only places in Europe where one has a chance of seeing all 5 species of European Swift - Common, Pallid, Alpine, White-rumped and Little. 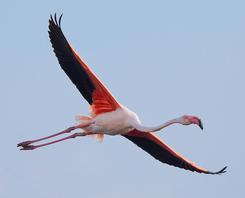