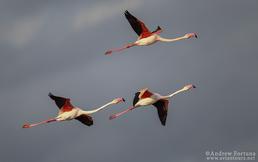 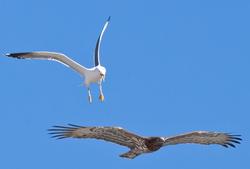 How to get there?  Depending on the tour, arrival could be via direct UK flights to Gibraltar, Malaga, Jerez or Seville airports.

Doñana is the most important wetland in Western Europe. It is protected due its unique landscape and range of habitats and is an ideal environment for wildlife. It is home to 125 species of resident birds, but is also a major site for migratory birds, supporting a further 125 species. The silty residue and sandbanks created by the delta waters of the River Guadalquivir create an ideal environment for huge flocks of breeding and winter birds including terns and a variety of waders.
​​​​
EXTREMADURA​
The Autonomous Community of Extremadura is considered one of the most important regions in Europe for birds and thus it is among the most prized destinations for birdwatching enthusiasts and nature lovers from all over the world, drawn by the possibility of observing birds in natural habitats of great beauty and also of enjoying the interesting cultural and historical heritage of Extremadura. Some of the birds that can be seen includes:-

This region represents one of the most important crossing points for diurnal bird of prey and stork migration, with very impressive movement seen at most times of the year, paritcularly the periods March - May and Late July- October.  However, winter is a very popular period with our customers, with very important wintering species including black-wingede Kite, Spanish imperial eagle, Spotted and lesser-spotted eagles, Pallid harrier, as well as being one of the only places in Europe where one has a chance of seeing all 5 species of European Swift - Common, Pallid, Alpine, White-rumped and Little. 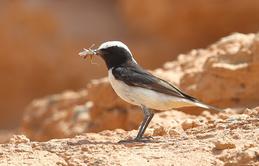 Our trips will cater for all experiences levels.  Our guides are knowledgeable not only about birds & nature, but also have a good knowledge of regional history which adds to the experience. We try not to use complicated birder's lingo or too much technical chatter!  We will aim for our clients to get the most out of their holidays both in terms of education and enjoyment.   Our guides will be ready to answer all of your questions.  Birdwatching in the area can generally involve spending lots of hours in the field so it is paramount clients bring with them appropiate clothing, comfortable, sturdy shoes, suncream, mosquito repellant, a hat or cap and sunshades.​

Tours can be single day, multi-day, fully customised for you, your group, or via one of our scheduled tours (See upcoming tours page) 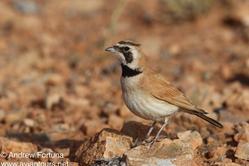 How to get her?  Directly from the UK from the following airports; London Gatwick, Heathrow, Luton, Bristol, Birmingham, Manchester via Easyjet and British Airways

The primary habitat in Gibraltar is maquis, or dense Mediterranean scrub.  This is mostly made up of tall bushes that include wild olive, Mediterranean buckthorn, lentisc, Osyris, terebinth, and smaller bushes that include shrubby scorpion vetch, spiny broom, teline, wild jasmine, shrubby germander and felty germander.  The bay laurel, and the dwarf fan palm are also found in parts of the maquis.  Understory plants include the intermediate periwinkle, Butcher’s broom, Italian arum and Bear's breech. The firebreaks in the maquis are home to plants such as paper-white narcissus, common asphodel, giant Tangier fennel, wild gladiolus, Galactites and mallow bindweed.

Gibraltar is the narrowest crossing point for birds migrating to and from Europe and Africa, the Rock offers unrivalled bird watching opportunities. 315 species of birds have been recorded, many of which are migratory. Gibraltar, at the head of the Strait, is a prominent headland, which accumulates migrants during the passage periods. The vegetation on the Rock, unique in southern Iberia, provides a temporary home for many species of migratory birds that stop to rest and feed before continuing migration for their crossing over the desert and sea.

In spring they return to replenish before continuing their journeys to Western Europe, journeys that may take them as far as Greenland or Russia.    Because of the lack of natural fresh water streams & rivers in Gibraltar, a lot of the species you would expect to see across the border in nearby Spain often associated with such habitats such as Grey Wagtails, Nightgales, Cetti’s Warbler and others, are generally absent and only ever encountered on the rock during passage periods.

How to get her?  Depending on the tour, arriving could be via Gibraltar, or directly into Casablanca, Agadir or Marrakech.

We have conducted many successful trips to Morocco over the years.  Morocco is situated in the northwest corner of Africa, between c 21° and 36° N, and is basically an African country with a large Mediterranean region. Except for the extreme south that is part of the Sahara, rains fall mainly during the cool season (October - April) and the summers are hot and dry; drought prevails in the Saharan region throughout the year. Friendly people, great scenery and bird specialities; Morocco is one of the favourite destination for birders in search of endangered or rare species such as Bald Ibis, Dark Chanting Goshawk, Tawny Eagle, Eleonora's Falcon, and African Marsh Owl, as well as other species such as Dupont's Lark, Moussier's Redstart, Desert Warbler, Black-crowned Tchagra, and Desert Sparrow.   The Country divides into a number of geo-physical regions, and this influences the birds that are found there.  Mountains, 5 ranges  Rif along the Mediterranean coast, the Central Plateau,  the Middle Atlas, the High Atlas & the Anti-Atlas.  Despite high human and animal pressure, forests of broad-leaved and coniferous trees are still widespread.   454 species have been recorded in Morocco and 209 regularly breed there. Most (c85%) breed north of the Atlas Mountains, because of the moister climate and more diversified habitat, so only about 35% breed in the Saharan region.

Every year, millions of West European migrants go to and pass through Morocco, mainly from late July to early November in the autumn, and from March to May in the spring. Most, especially passerines, migrate by night or over-fly too high to be seen during the day; others, like waders and gulls, often stop at wetlands to refuel, and provide unforgettable sights. The Straits of Gibraltar is famous for concentrating soaring birds, especially storks and raptors. ​ Our bird guide will lead you in a quest to watch and photograph birds in Morocco a wide variety of species in a plethora of different habitats such as the famous Merzouga dunes complex, the Tagdilt Wheatear wall, etc.

Possible species (potential lifers!) that can be seen in our Moroccan tours include:- 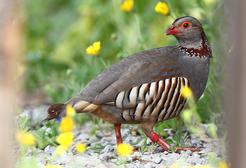 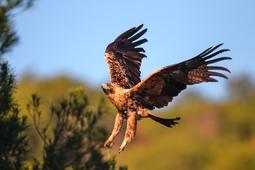