Booted eagle after having just arrived across the Strait of Gibraltar from Africa.

The Strait of Gibraltar is strategically placed as the shortest sea-crossing between Europe and Africa, attracting a large number of migratory soaring birds such as birds of prey and storks.  We have been conducting tours in the region with ornithologist, photographers and even camera crews to watch, photograph, film or just simply observe this natural phenomenon.​

​This start of by mid-February when the first large groups of Black kites start arriving together will smaller numbers of Short-toed Eagles Sparrowhawks and Egyptian vultures.  By this time, Lesser kestrel and White storks have already arrived at the breeding sites and usually one of the first species to settle. By the beginning of March the real spectacle begins, with thousands of Black kites and Short-toed Eagles causing mayhem amongst the local Yellow-legged gull populations.  You can see this animosity between gulls and migrating raptors in one of our photos below.

By mid-March, hundreds of Booted eagles arrive at the scene together with small numbers of a good numbers of Montagu's and Marsh harriers.  by April, we begin seeing large arrivals of Griffon vulture followed by the start of the Honey buzzard migration, possibly the most numerous migrating raptor in the region.

During all that time, other possible species include Black and Ruppell's vultures, Spanish imperial eagle, Bonelli's eagle, Golden, Spotted and lesser spotted eagles, Long-legged buzzard, Black-winged kite, Goshawk and other local residents such as a Common kestrel.

Its a spectacle not to be missed so make sure you contact us asap to book your prefered dates.​ 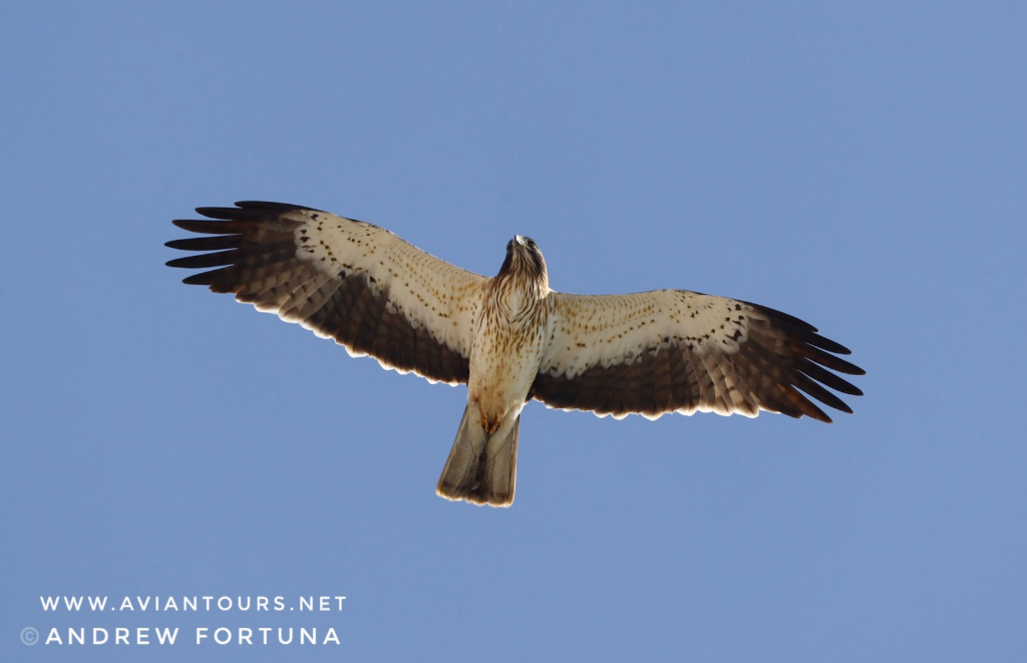 Its not all about raptors!  We get thousands of storks of both species.  Here is an Immature Black stork on migration across the Strait.  We are available for tours at anytime during the Spring and Autumn migration periods.  Just email us for a tour pending availability 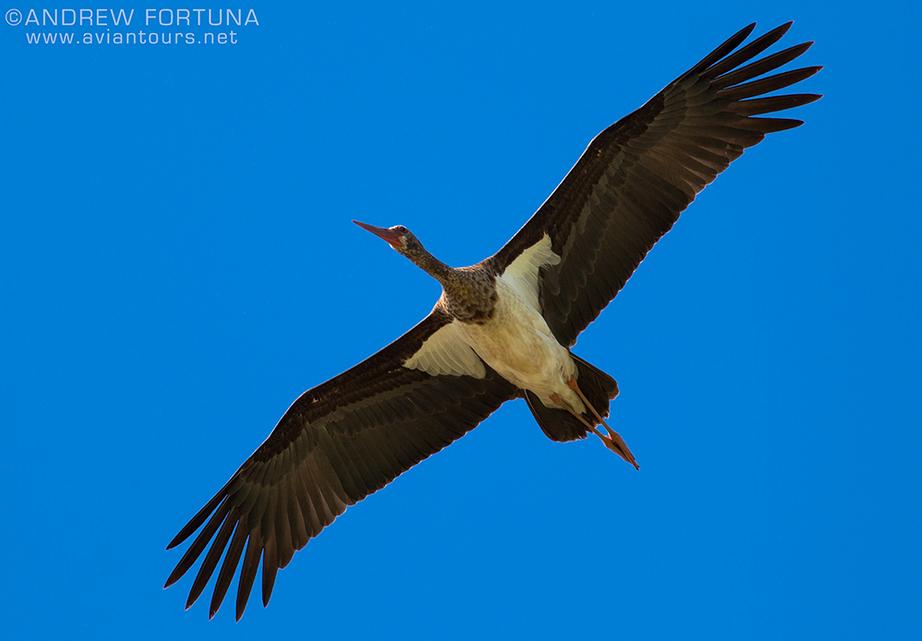