Dates not suitable for you, contact us for custom dates.

Use of spotting scope / binoculars

Other items of pesonal nature

Minimum 2 participants to go ahead

​Arrive in Madrid at least a day before

Depart from Gibraltar airport via UK

​*Routes may change depending on weather*

Please note:- slots may disappear quickly as bookings are taken up by paying customers, therefore, we recommend contacting us soonest for availability and other info

This important bird watching area is composed of two distinct settings: O Grove and the surrounding municipalities, with different coastal ecosystems, and the Illas Atlánticas National Park.  In O Grove and its surroundings we can visit sections of rocky coastline with beaches, marshes, dunes and the famous O Vao intertidal inlet.  The whole are is characterised by farm fields and old clay mines that attract more birds, which makes it one of the most extraordinary places for watching waterbirds and seabirds in the north of the Iberian Peninsula, where hundreds of species have been recorded, some of which are particularly rare or difficult to observe. The National Park includes islands where steep cliffs give way to placid beaches.  Here, seabird colonies are one of the main attractions.

The area is the northern-most tip of Spain and one of the best places to watch seabirds in the Iberian Peninsula, and a great opportunity to get some birds we may have missed on the previous site.  Its classified as an IBA site (Important Bird Area).  Amongst the breeding birds on the cliffs include the Mediterranean shag and Cory's shearwater.  Great opportunities to observe thousands of European seabirds such as Razorbill, Puffin, Guillemot, Northern gannet, several species of gull and terns, as well as a plethora of small migrants using the headland as a resting point to continue north towards Northern Europe.

Amazing geological folds and glaciations have shaped a stunning mountain scene as a result of the glacial ice caps and water on the limestone forming magnificent karst mountain system.  The regions has great opportunities to watch some interesting wildlife such as Chamois, Wild boar, Otter, Trout, Salmon, Alpine newts and Seoane viper.

This national park is part of the Pyrenees and monte Perdido national park declared a World heritage Site by UNESCO.  Its is a place of sheer beauty with towering summits and ecosystems from both Atlantic and Mediterranean influences.  The highest point reaches 3,355 metre above sea level.  There are great opporunities to observe a wide variety of wildlife, such asPyrenean chamois, Alpine marmot, stoat, Pyrenean lizard, Pyrenean frog and many others.  Trees include a mixture with distinct types of woodland from mixed with Copper beech (Fagus sylvatica) and Sctoch pine (Pinus sylvestris) and Black pine (Pinus unicata) in the alpine meadows.  There area has a plethora of streams and waterfalls which we shall witness as we engage on relaxing  walk that transverses most of these unique habitats in search of the birdlife in one of the days.

The Ebro is Spain second largest river at 578 miles, just shy of the Tagus' 645 miles, and its delta is the meeting point with the Mediterranean Sea with an area of approximately 320 square kms and one of the most important wetlands in Europe together with the Dońana national park which we shall visit later on during our tour (See below).  There are approximately 95 breeding species of birds in this delta and as many as 300 species have been recorded in the region.  The area is famous for its large (c15,000) breeding pairs of Audouin's gull, formerly one of the world's rarest gulls included in the red data book of threatened world species, which has now increased due to awareness and conservation measures.

Lomazas is a large expanse of arid habitat reminiscent of North Africa with 700 ha of a rich ecosystem with mixed plant species associated with saline and Gymsum soils.   A great location for birders and bonafide wildlife enthusiast, due to its high density of steppe birds reside.  The area houses one of the most important European populations of the elusive Dupont's lark, as well as  other typical open area birds such as Black-eared wheatear, Black-bellied & Pin-tailed sandgrouse, Stone curlew and Greater short-toed, Calandra Lark & Lesser Short-toed Larks.  Birds of prey, such as Golden Eagle, Montagu’s, Hen & Marsh Harriers are typical.  The Common Kestrel and Little Owl can also be observed here.

This National Park is a unique and special ecosystem, with wetlands formed by the rivers overflowing in their middle sections, resulting in seasonal flooding.  The presence of many special birds that come to spend the winter and nest here is testament to its importance.  The wetland was formed because of the overflowing in the confluence of the Guadiana and Cigüela rivers, accentuated by the sloping terrain. The wetlands are strategically situated on the migration routes of many bird species, which stop over to rest and even to spend the winter. Water birds include Great crested, Little & Black-necked grebe, Purple heron, Cattle & Little egrets, Black-crowned night heron, and various waterfowl.  Many species of aquatic flora can be observed too, such as soft hornwort and rough stonewort, floating duckweeds, blue sedge, giant reeds and rushes.  The area is one of the very few sites in the Iberian Peninsula for Bearded reedling and Moustached warbler.

Doñana is a UNESCO world heritage site, and arguably the most important wetland in Western Europe.  its location is on the southwestern most region of Spain, encompassing the delta of the Guadalquivir river  Its host for a vast array of fauna and flora biodiversity, with  marshlands, mobile and fixed dunes, mediterranean forests and stone pine, as well as a wintering site to more than half a million wildfowl.  It is protected due its unique landscape and range of habitats and is an ideal environment for wildlife.  It is also a major site for migratory and breeding birds such as a Spanish imperial eagle and home to the emblematic Iberian lynx. The silty residue and sandbanks created by the delta waters of the River Guadalquivir create an ideal environment for huge flocks of breeding and winter birds including terns and a variety of waders.

A unique region given you can observe two continents and three jurisdictions in one view!  This maritime-terrestrial nature park has typical Mediterranean forest, composed of vast expansions of Cork oak (Querus suber), located between the Atlantic and the Mediterranean. The areas is characterised by harsh extremes, with mild winters and hot moist summers and the marks of various civilisations over the ages.  Approx 60% of Europe's raptor population passes through here, as well as virtually the majority of the storks. Swifts are also here in staggering numbers, with more than 400,000 passing through this area. This diversity reflects an important natural resource - the landscape - with cliffs and abrasion platforms on one side of Tarifa, and sandy beaches on the other.

Gibraltar is a British-dependant territory immersed in steep history, and proud base of our company.  As a born and raised Gibraltarian, our guide will give you a unique and first hand experience of the wildlife on the rock, mixed with many aspects of culture and history which only a native guide will be best positioned to give.  Over 315 species of birds have been recorded on the rock, with unique species such as Barbary partridge being the only place in mainland Europe where this species can be observed.  The rock also hold an important population of Yellow-legged gull and Peregrine falcon (ssp Brookei) and one of the very few colonies of breeding Mediterranean shag.  Observing bird of prey migration in Gibraltar is impressive and the interaction of the fiercely territorial Yellow-ledgged gulls and migrant raptors is a breath to behold and one of the few places where this spectacle can be witnessed at close quarters.  Our guide will engage on in-flight raptor identification skills which will allow you to become a raptor ID expert in no time!  At this time of the year, a plethora of migrant passerine species can be observed, refuelling after their gruelling migration across the North African Sahara desert, species such as Bonelli's and Willow warblers, Iberian chiffchaff, Whinchat, Spotted & Pied flycatchers, Woodchat shrike are common amongst many others.  Flora abounds, with several endemic species such as the Gibraltar candytuft, the Gibraltar campion and the Gibraltar sea lavender only seen on the rock.  Add to that the unique experience of observing the only free-ranging population of Barbary macaque, makes Gibraltar a very special place that will surely cap a most memorable trip.​

OUTLINE - An incredible and memorable journey, taking you from North to South along some of the Iberian Peninsula's best birdwatching hotspots.  You will witness some breathtaking scenery and be able to sample typical gastronomy of the different provinces, together with a visit to the famous British Rock of Gibraltar to observe wild Barbary partridges, Barbary macaques and spectacular bird of prey migration! 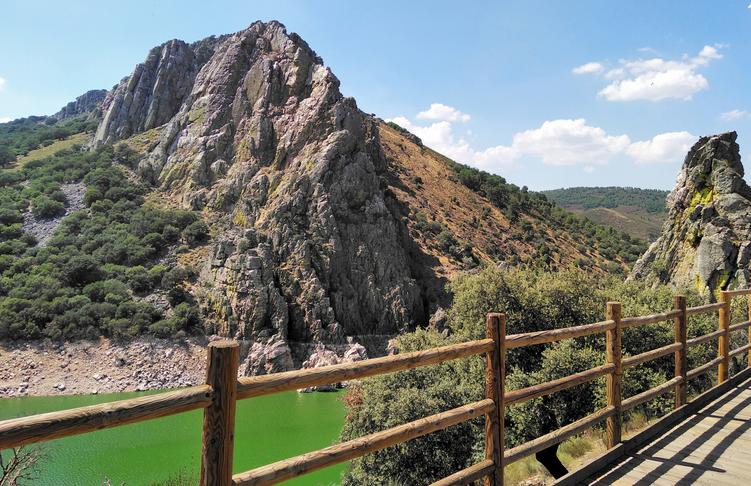 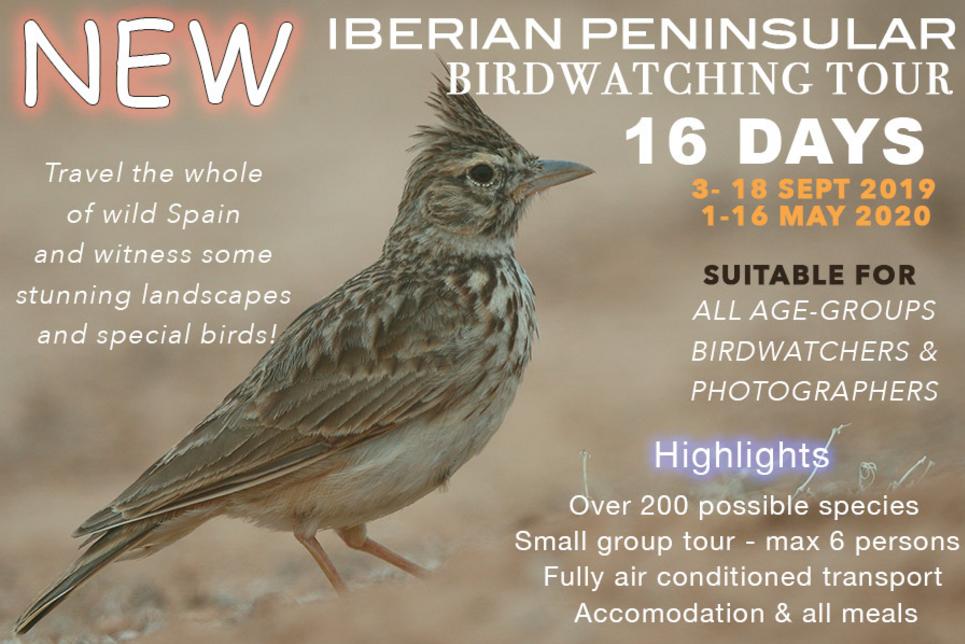 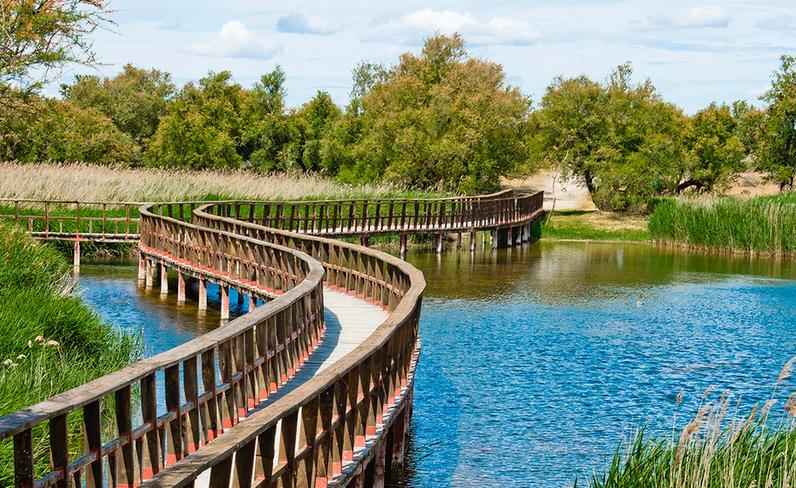 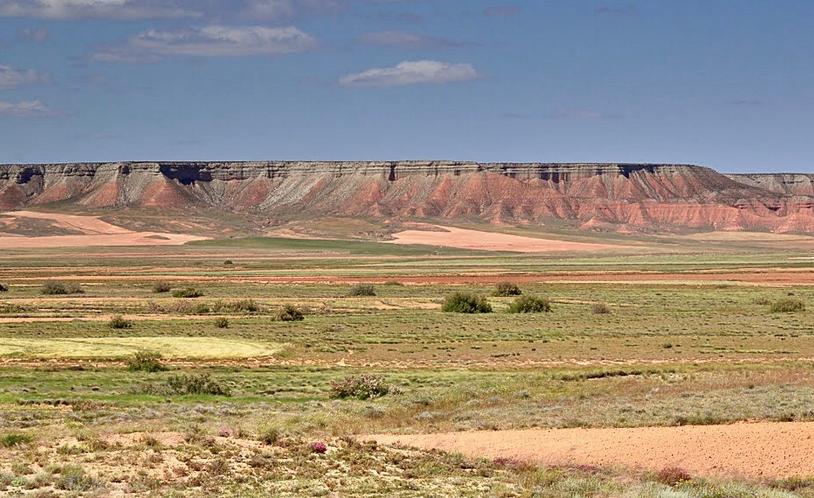 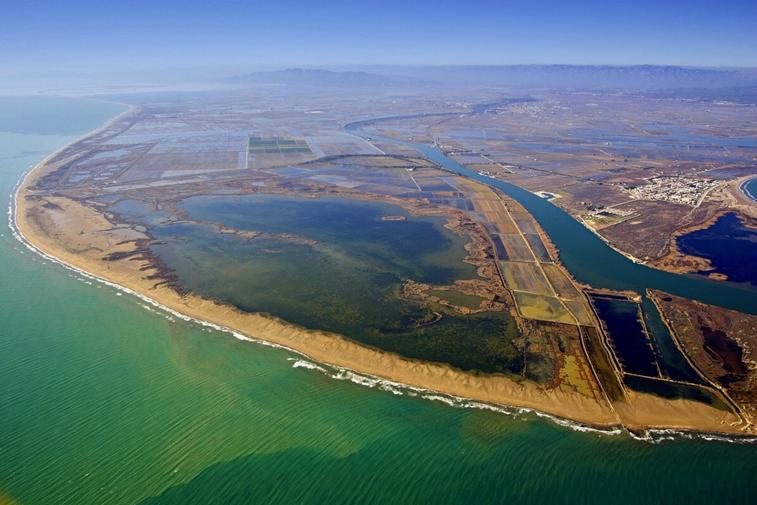 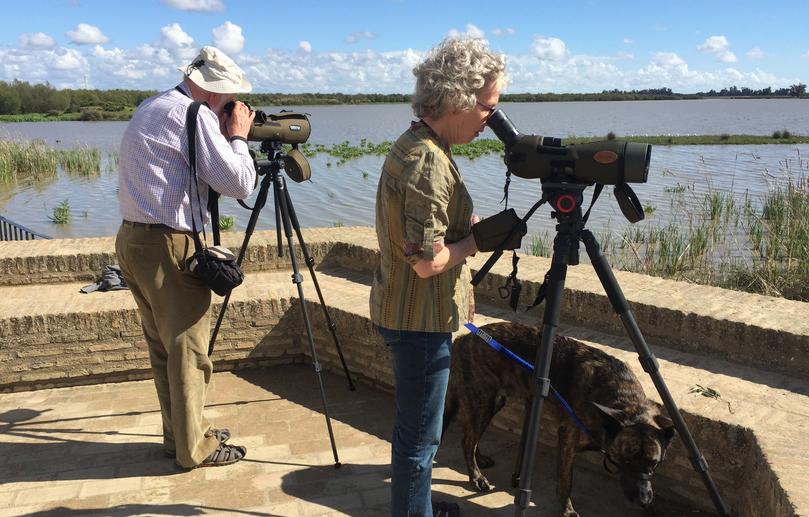